KLYKER.COM > COOL > Amazing Castles With Stories Behind Them (27 photos)

Amazing Castles With Stories Behind Them (27 photos)

I cant imagine how long it took to build them.

Stalker Castle, Scotland – Built on an island in Loch Linnhe in 1320, Stalker is incredibly hard to access at any time other than low tide. The castle is most famous for appearing in “Monty Python and the Holy Grail.” 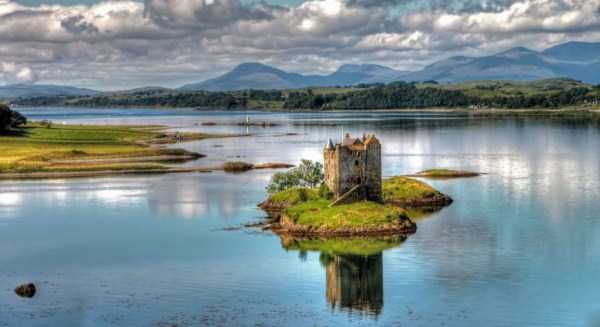 Dunnottar Castle, Scotland – For over 1000 years, Dunnottar, perched on the the edge of the North Sea acted as Scotland’s bastion against Viking and English agression. It was in these walls that the Scottish Crown Jewels were hidden from the English and saved from destruction. 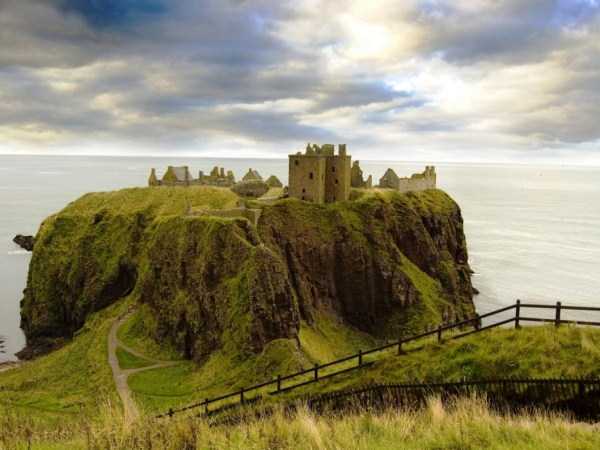 Castel Sant’Angelo, Rome, Italy – Castel Sant’Angelo was originally built in 123 AD as a Mausoleum for the Roman Emperor Hadrian. In the 14th century, it was converted into a grand fortress, and the tallest building in Rome, by the papacy, who controlled the entire city at the time. 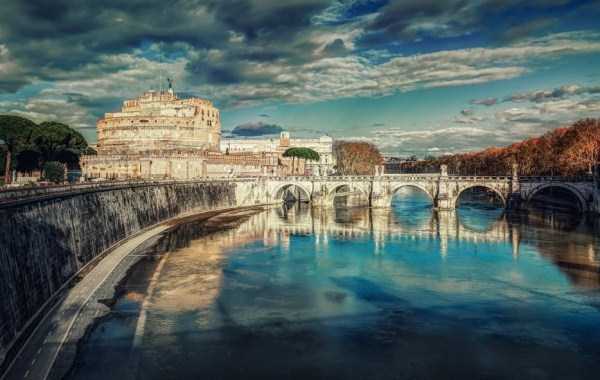 Hohenzollern Castle, Germany – This castle is situated on the top of Mount Hohenzollern, at more than 2,800 feet above sea level. In its heyday, the throne in this fortress was considered the seat of German Emperors. 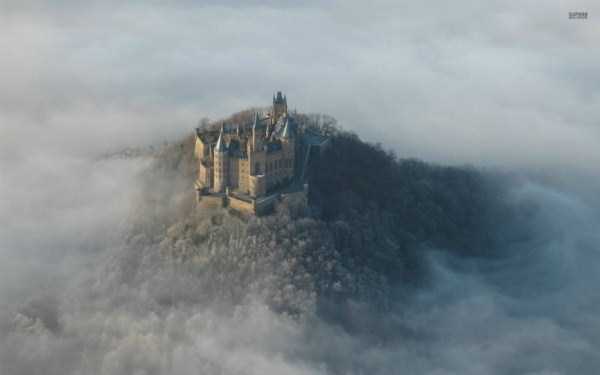 Lichtenstein Castle, Germany – The picturesque Lichtenstein Castle balances on a crag overlooking the magnificent Echaz Valley. In its long history, starting around 1200, the castle has been twice destroyed but thankfully for us, rebuilt every time. 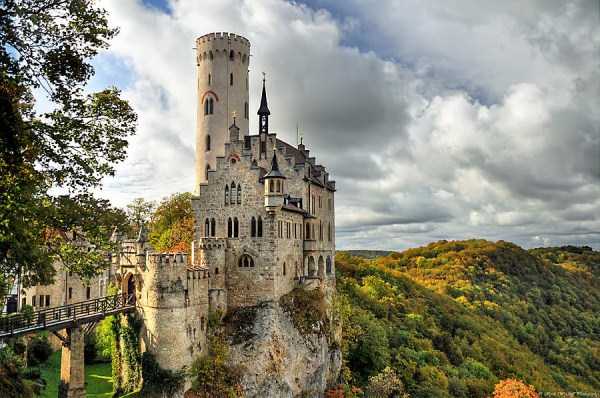 Predjama Castle, Slovenia – As the seat of Knight Erazem Lueger, a baron and thief who led a rebellion against the Austrian emperor, this castle has a rich and vivid history. Built into a natural arch, the castle was impenetrable during a long siege, with a secret tunnel supplying the occupants. The defenders only fell when a treacherous servant signaled a weak point – the toilet. A single cannonball was fired when Erazem was on the privy, literally catching him with his pants down. 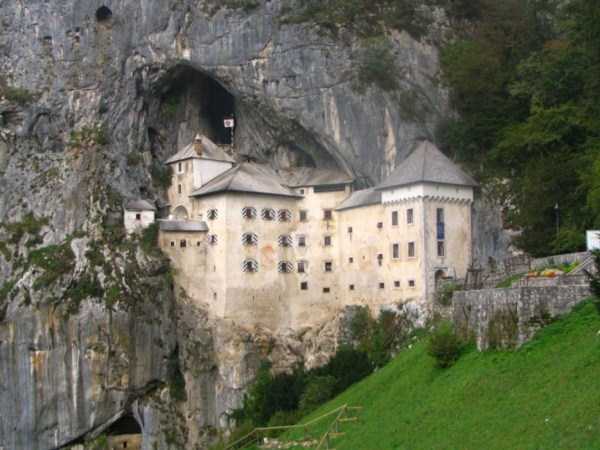 Château de Chillon, Switzerland – Château de Chillon is an island castle on the shore of the magnificent Lake Geneva. It consists of 100 independent buildings that were gradually connected to become one patchwork castle, the earliest buildings date back as far as 1005. 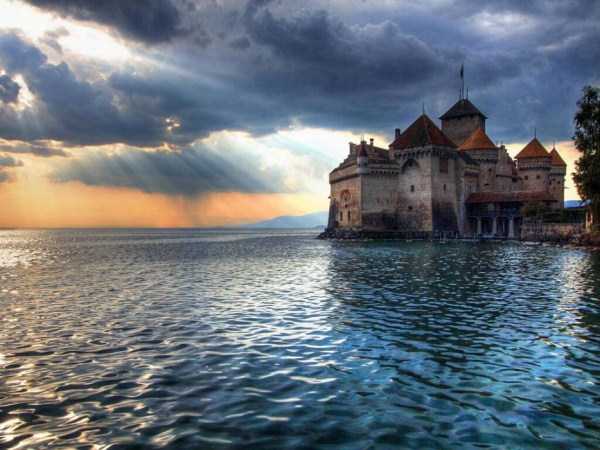 Château de Chambord, the the Loire Valley, France – Chambord was built in the 1500s as the home of King François I. Left abandoned after the French Revolution, the castle was used to protect very important occupants during World War II – artwork from the Louvre and various other galleries. 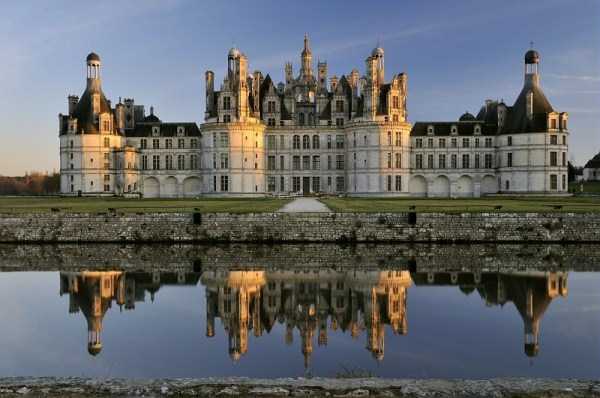 Neuschwanstein Castle, Bavaria, Germany – Built as the ultimate retreat for King Ludwig II of Bavaria in 1869, the castle was so extravagant that it remained unfinished by the time of his death. Turned over to the public, this fairytale fortress has since served as the inspiration for Sleeping Beauty’s Castle in Disneyland. 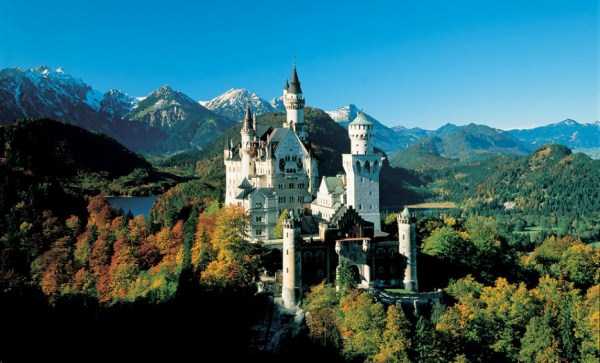 Swallow’s Nest Palace, Crimea, Ukraine – Built for an oil Baron in 1911, the Swallow’s Nest is precariously placed on the Black Sea coast and overlooks the mesmerising waters of Ai-Todor Cape. 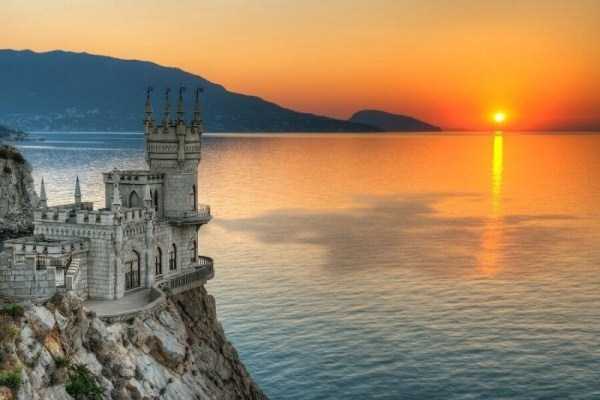 Lindisfarne Castle, Holy Island, England – Built in 1550, Lindisfarne controlled an area which frequently came under attack by the Scottish and the Vikings. When the English and Scottish thrones were combined, the castle, balanced on a hill of hard stone, fell into disuse. 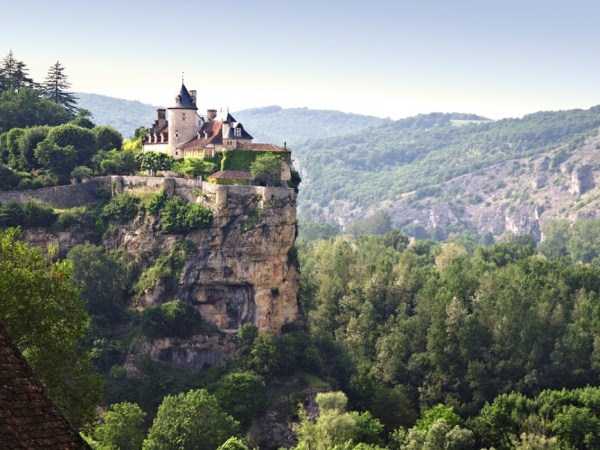 Château de Walzin, Belgium – With sheer cliffs and a raging river on all but one side, it’s no wonder that Walzin still stands today. 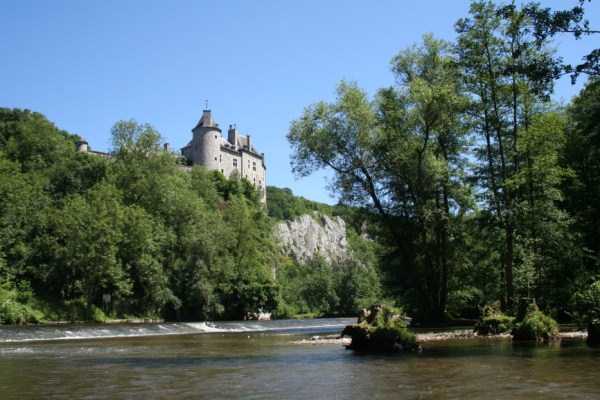 Burg Liechtenstein, Austria – Built during the 12th century, this castle was destroyed time and again by Ottoman invaders. It was finally rebuilt in 1884 and has since been the setting for many movies, including “The Three Musketeers.” 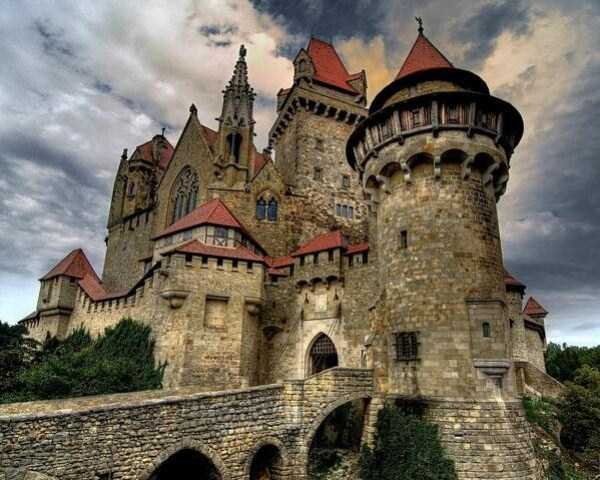 Château de la Rochepot, France – On a rocky peak stands this enchanting castle. Since the 13th century, it has been home to Lords and Knights. During the French Revolution, the castle was almost entirely destroyed but it has since been carefully restored. 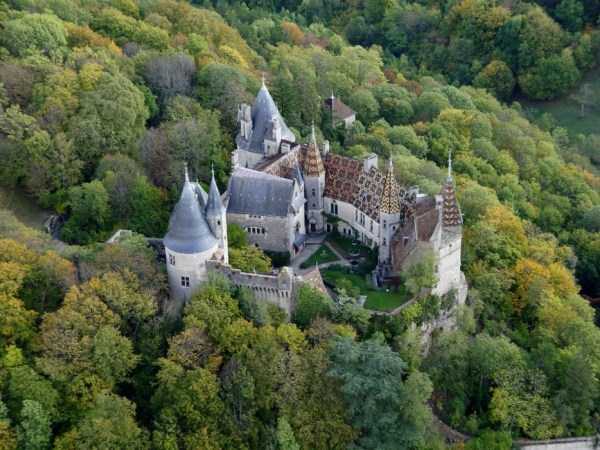 Reichsburg Cochem, Germany – Serving as a castle for King Konrad III of Germany and, after he captured it, King Louis XIV of France, this fortress was burned down by the French in 1689. A German businessman purchased the remains in 1868 and spent most of his wealth recreating the beauty of the original structure. 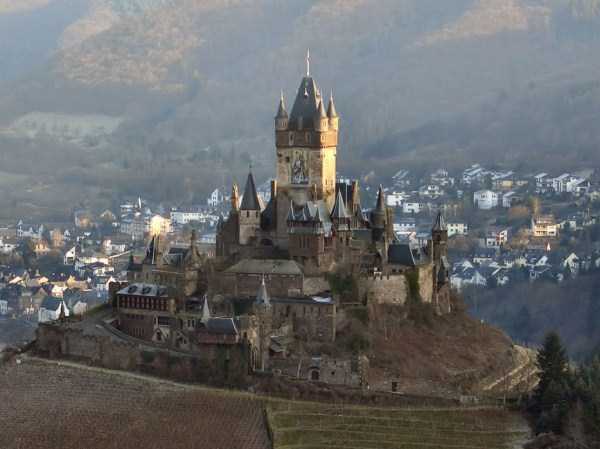 Wasserschloss Glatt, Germany – This magnificent structure is one of the few surviving moated castles in Germany. 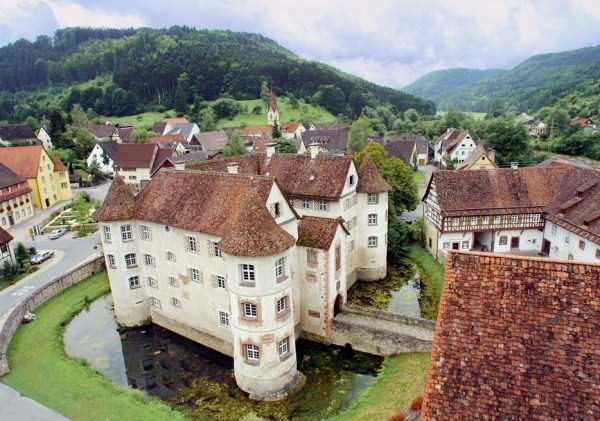 Château de la Mothe-Chandeniers, France – This mighty stronghold dates back to the 13th century and was captured twice by the English before being destroyed in the French Revolution. A businessman returned the castle to its former glory in the 1800s. 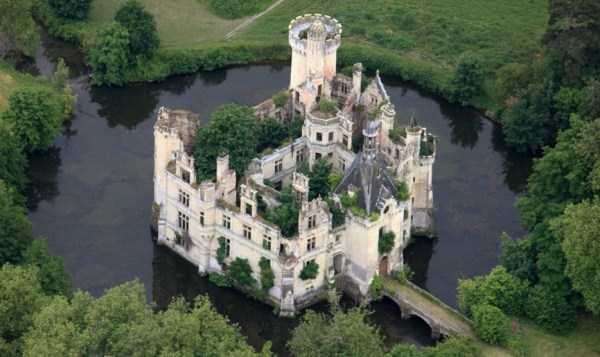 Mont Saint Michel, France – Built on an island at the mouth of the Couesnon River, this awe-inspiring fortress town is surrounded by water at high tide. The defences were so strong that the small force who garrisoned the walls never fell to the English during the Hundred Years’ War, which raged for 116 years.

Oberhofen Castle, Lake Thun, Switzerland – Oberhofen Castle, on the perfectly blue Thun lake, was designed with elegance rather than defense in mind. The large castle parks are among some of the most magnificent in Europe. 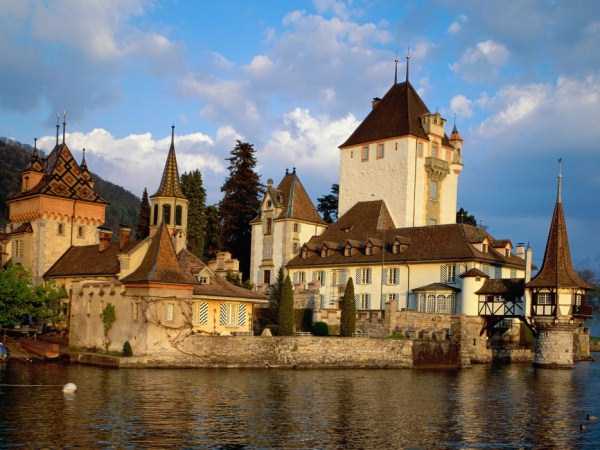 Hatley Castle, Colwood, British Columbia – In 1906, Hatley Castle was built in a Tudor style for a British industrialist. It has since been used as a Military College during the World Wars and more recently, a University. 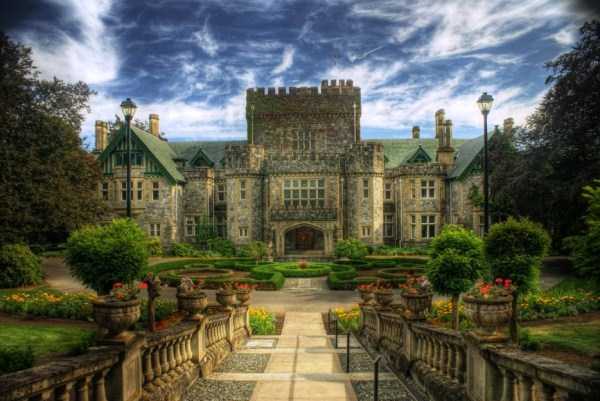 Falkenstein Castle, Austria – Falkenstein Castle is perched on the southern slope of the rugged Hohe Tauern mountain range. It dates back to around 1164 and has passed through various dynasties who once ruled over Europe. 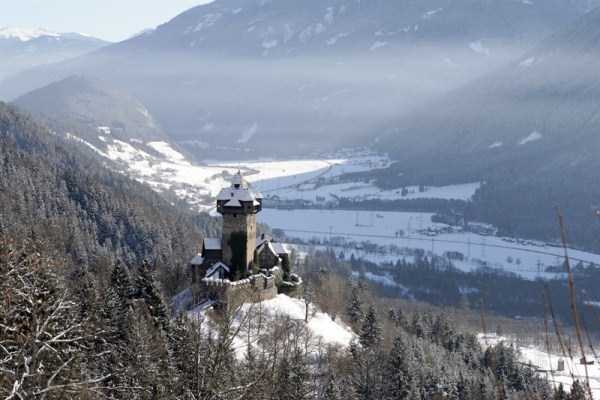 Sigmaringen Castle, Germany – Originally a fortress built in 1077, the building was later converted into a palace fit to play host to European nobility by Prince Karl Anton of Hohenzollern in 1869. Following the allied invasion of France in 1944, the German-backed Vichy government of France fled to Sigmaringen and fortified the castle, fearing reprisals for siding with Hitler. 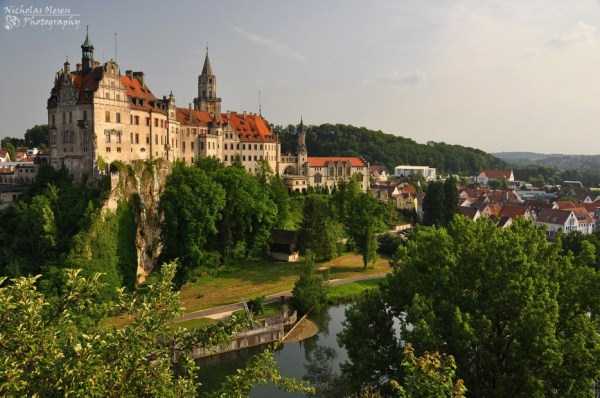 O’Brien’s Tower, County Clare, Ireland – O’Brien’s Tower is dwarfed by its environment, the Cliffs of Moher. Rumour has it that Sir Cornellius O’Brien built the tower in 1835 to impress women that he was courting. 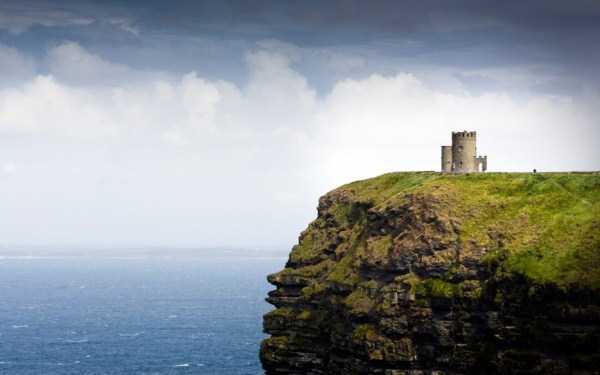 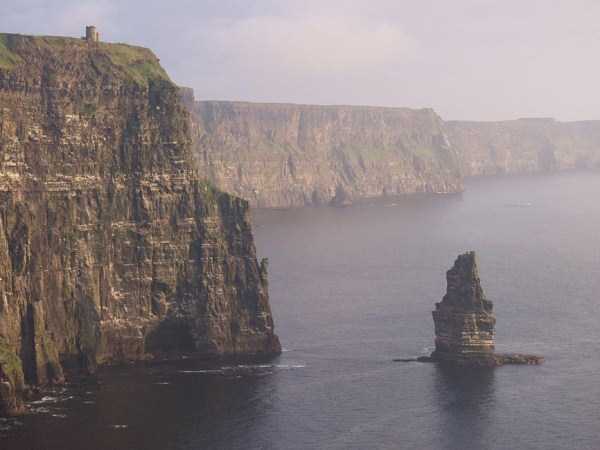 Old Sarum, England – Old Sarum is one of the oldest settlements in England and has been inhabited since 3000 BC. At the very centre was an Iron Age fort, which has been used by Romans, Saxons, Vikings and the Normans. 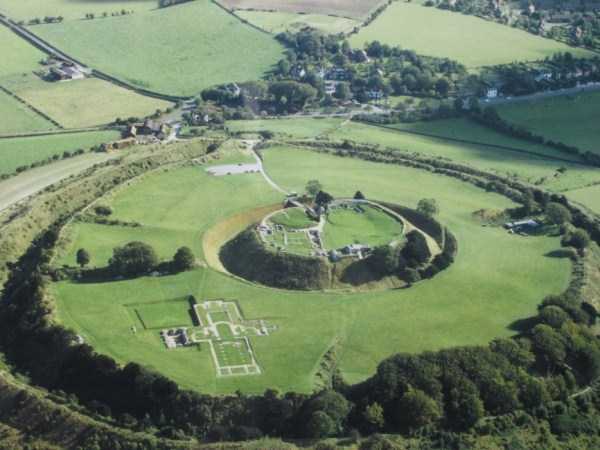 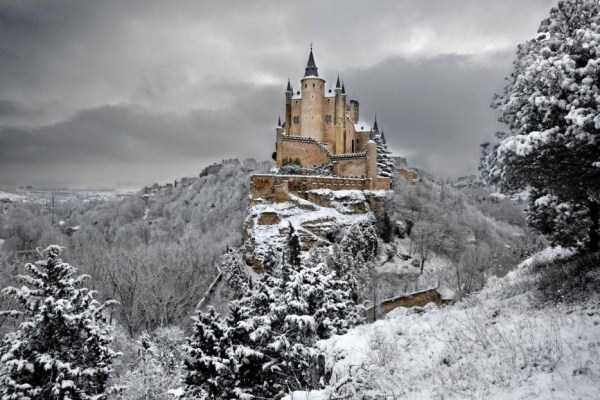 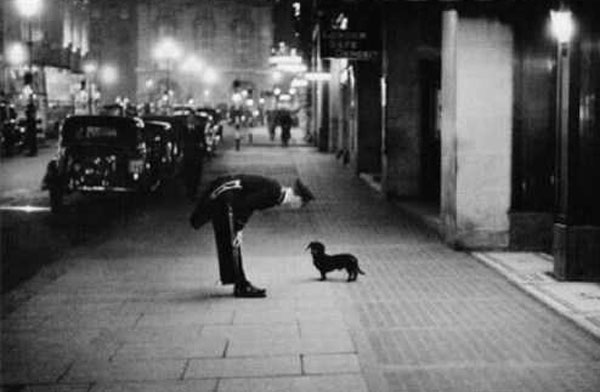 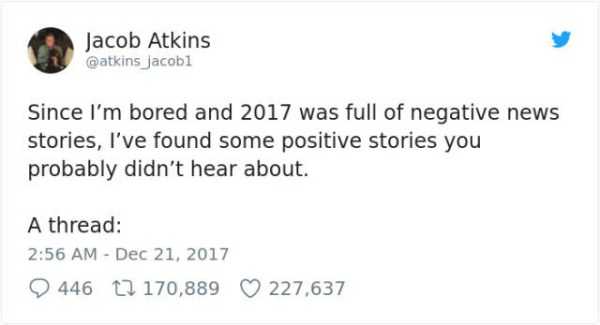