27 crazy facts about North Korea you may have never heard before.

Pyongyang has three fun fairs, some with less than optimal rides and technology. 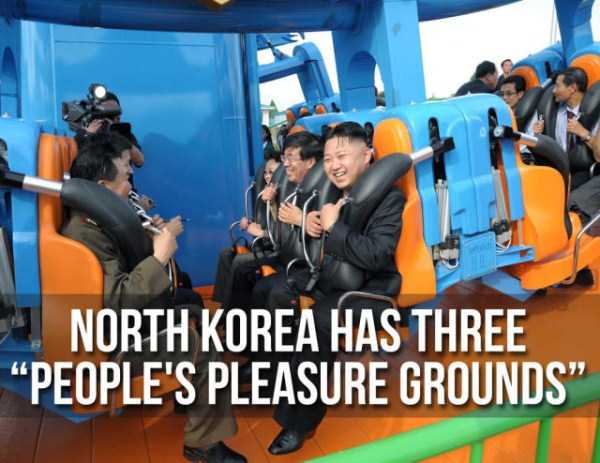 This means half of the 24 million people dont even have access to basic human needs. 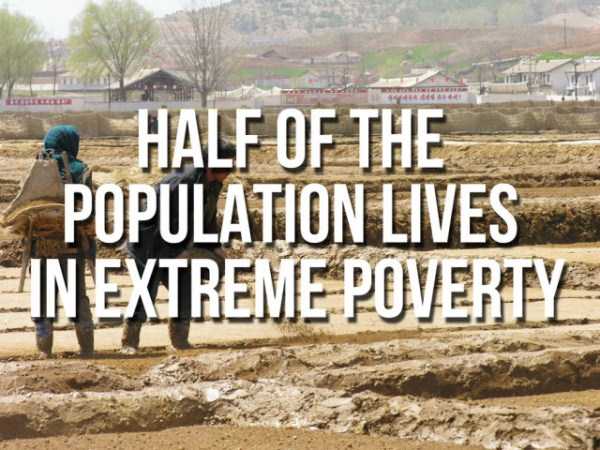 A growing number of prisoners continue to fill the estimated 16 work camps. 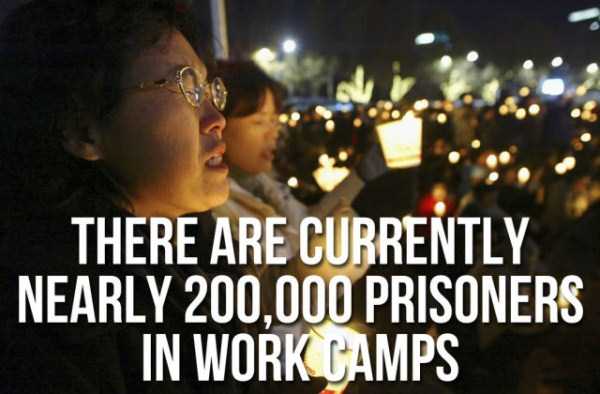 Because of its lack of resources, North Korea was forced to use human feces as fertilizer, demanding the product from its citizens. 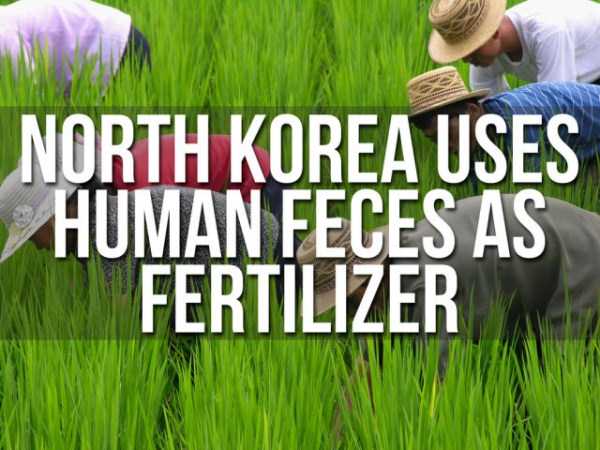 Pyongyang, one of North Koreas only cities, is home to three million people, but only the elite. Only trustworthy, healthy, and loyal citizens can live there. 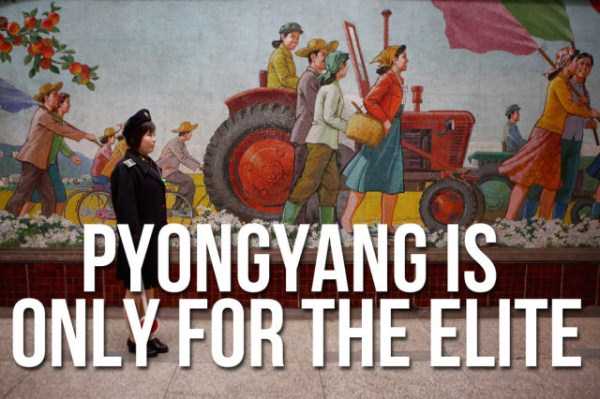 All students are expected to pay for basically everything but the teacher, causing some parents to secretly pull their children from school.

North Korea claims to operate under the Juche ideology, or man is the master of everything and decides everything. 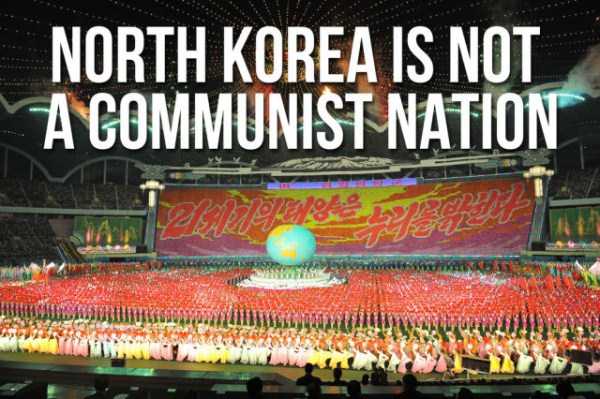 Although this may be true, the vast majority of the food does not go directly to its citizens. 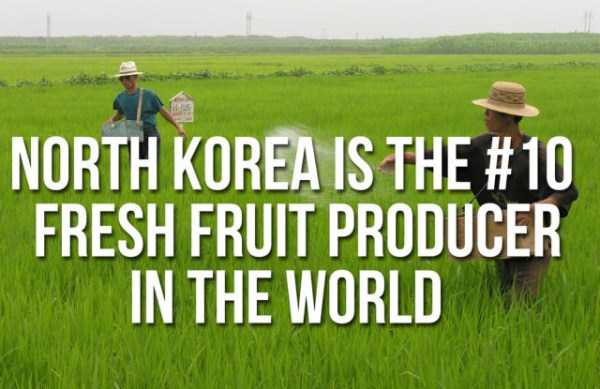 Two of which are only available on weekends, while the other is broadcast in the evenings. Because of this, South Korean soap operas are among the most popular items smuggled in. 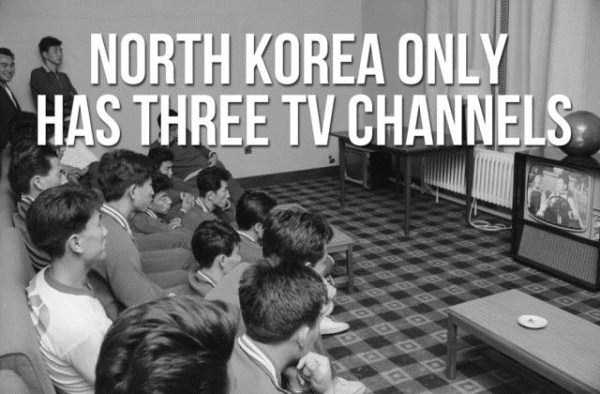 After the Korean War, Joseph Dresnok crossed over the mine-laden border into North Korea. He met three other U.S. soldiers doing the same thing. However, Dresnok was the only one who chose to stay. He admitted, “I feel at homeI wouldn’t trade it for nothing” 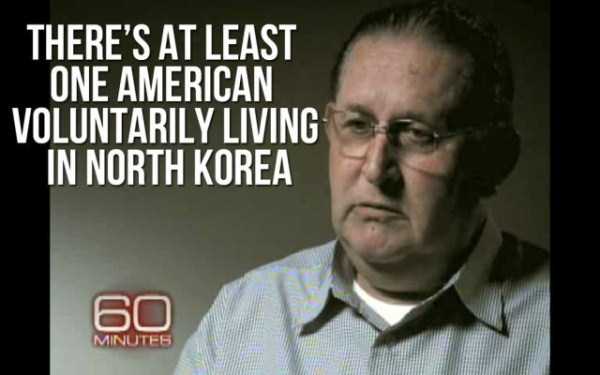 Some include four-pointers if a three-pointer never touches the rim and points deducted for missed free throws. 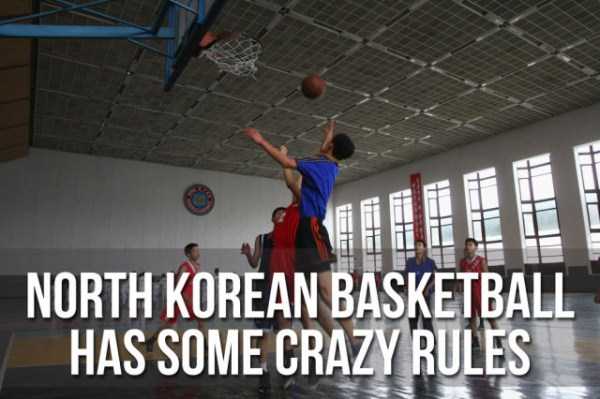 Kim Jong-ils body is preserved in a glass tomb for anyone, including outside tourists, to see. 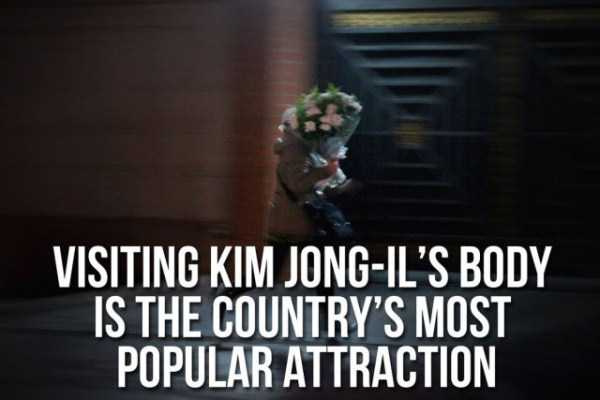 The country boasts its literacy rate is on par with the U.S. 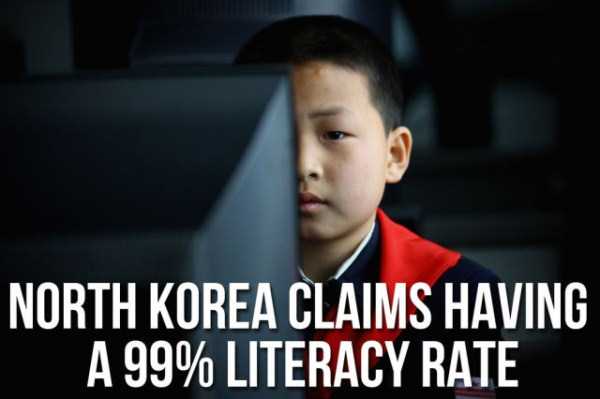 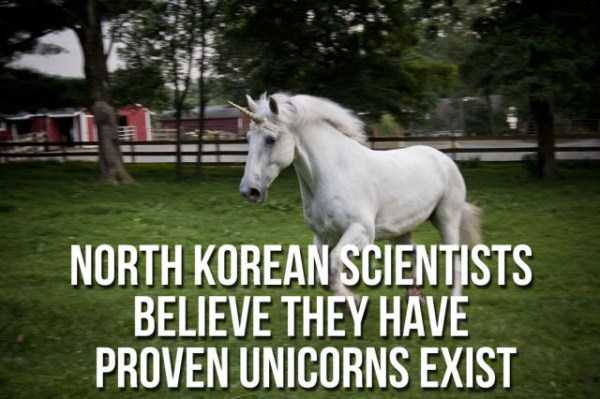 Apparently the leader had a taste for the brandy. 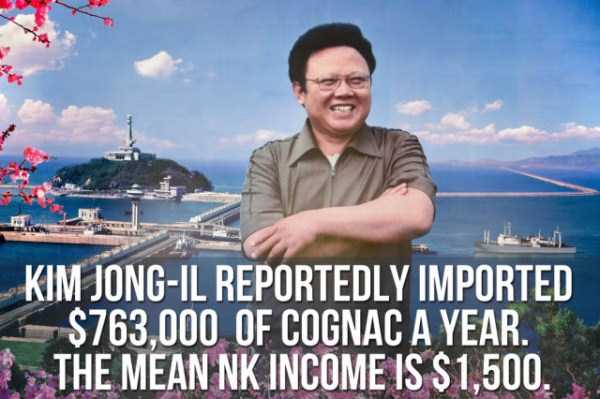 Kim Il-sung will always be considered North Koreas eternal leader, even though his heirs have taken the reigns. 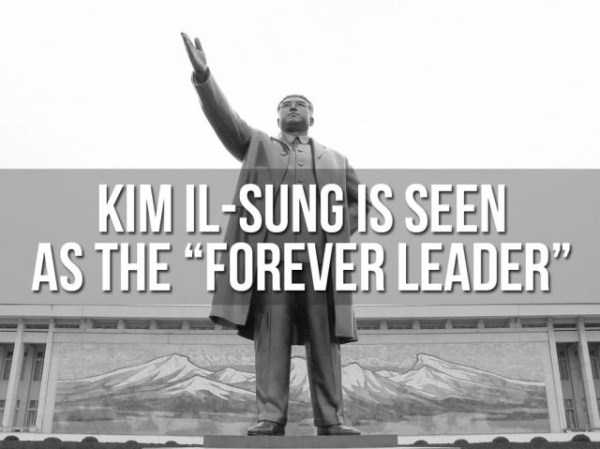 After seeing Godzilla, Kim Jong-Il wanted his own propaganda-laden masterpiece using none other than Shin Sang-ok. 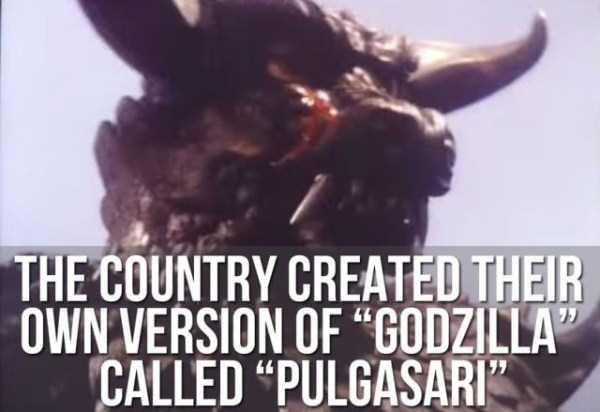 Nabbing him and his wife, Kim Jong-il forced Shin Sang-ok to make films under his reign. Luckily, the director successfully escaped years later. 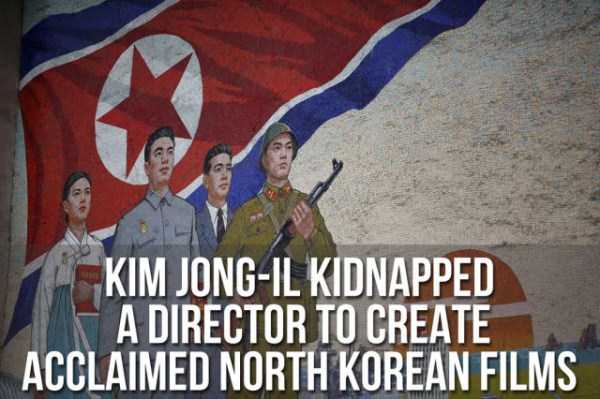 Although the document points out freedom of expression, democratic voting, and the freedom of religion, the country is far from it. 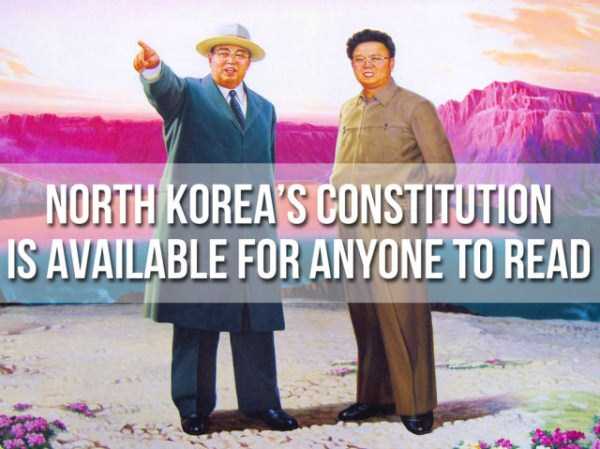 As a way to intimidate South Korea and put on a front, Kijong-dong Peace Village was built after the Korean War.

In the 1990s all teachers were required to learn how to play accordions. Today, many citizens continue to specialize in the instrument. 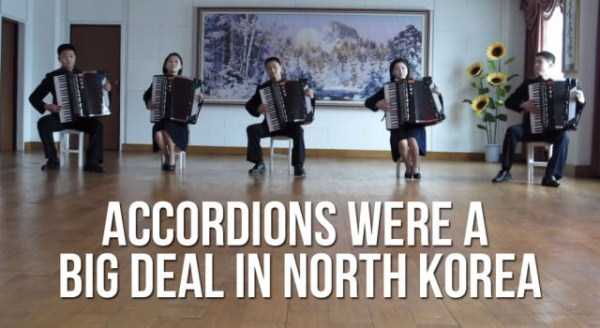 If one person violates a law or is sent to prison camp, it affects their whole family. Grandparents, parents, and children of the violator are sent to work with them. 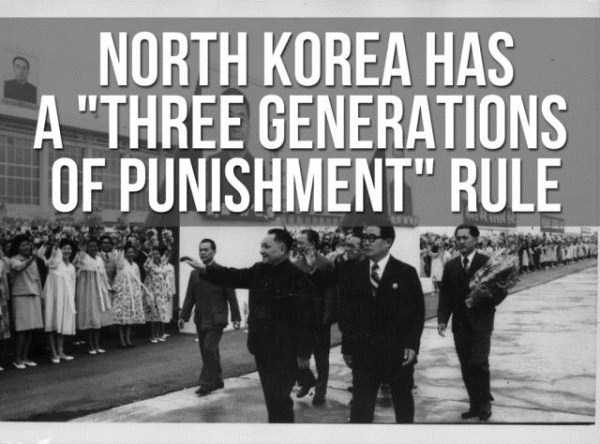 The Rungnado May Day stadium has more than 150,000 seats and houses the extravagant Mass Games. 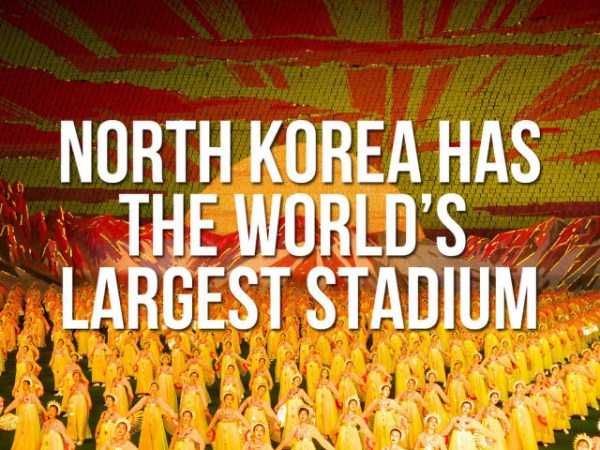 Police control all traffic within the city. There isn’t much due to the fact that only military personnel can own vehicles. 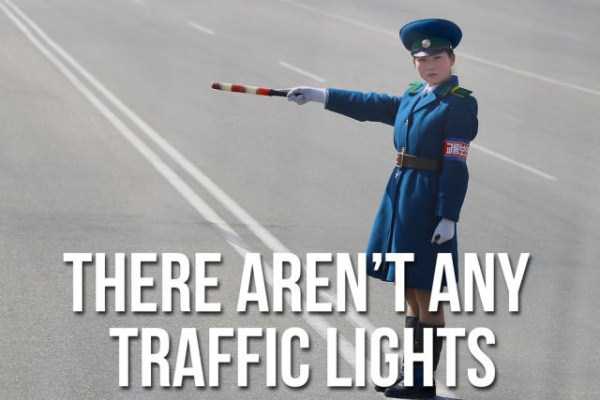 North Korea hands out ballots with only one option on them, so votes swing, you guessed it, 100 for the leader. 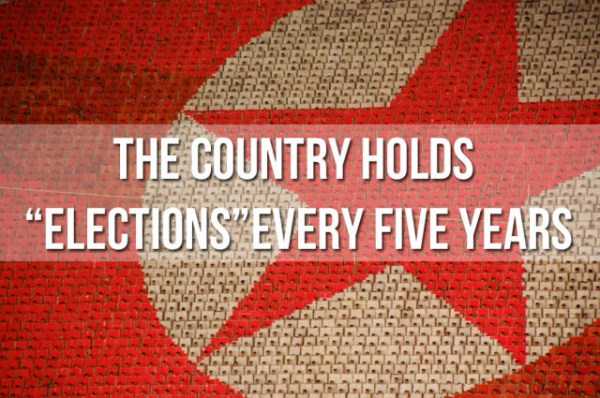 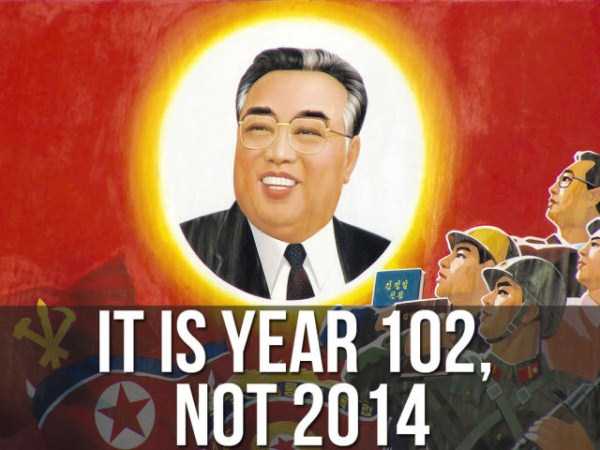 Surprisingly, pot is not considered an illegal substance in the otherwise strict country.