Spectacular, almost cartoon like.
These are lagoons enclosed by coral reefs in New Caledonia, a French archipelago east of Australia. 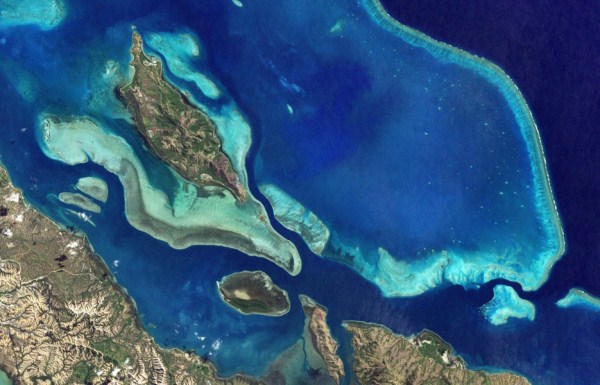 This image shows sand dunes in the shallow waters of Tarpum Bay, southwest of Eleuthera Island in the Bahamas.

NASA’s Terra satellite captured this striking image of the Florida Keys in October 2011. 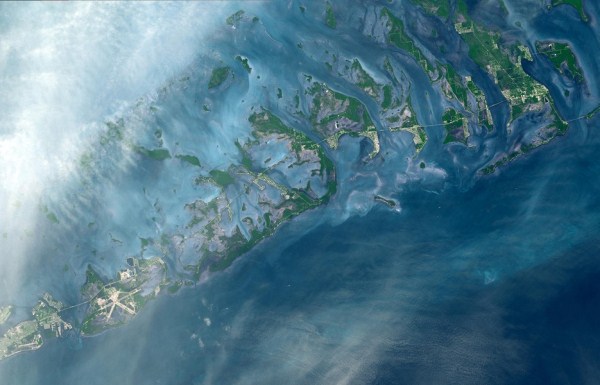 In the Bahamas, these intricate, colorful patterns of sand and seaweed beds were created by tides and currents. 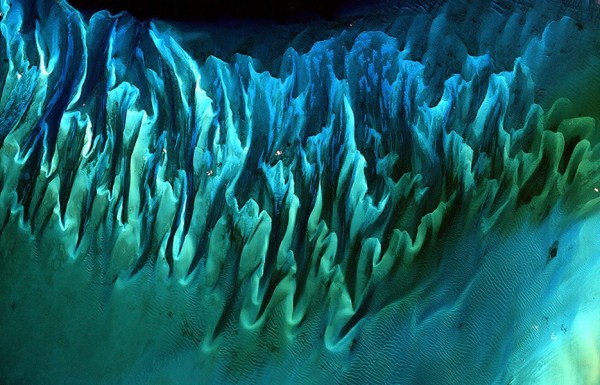 The Ural River empties into the Northern Caspian Sea in Kazakhstan. 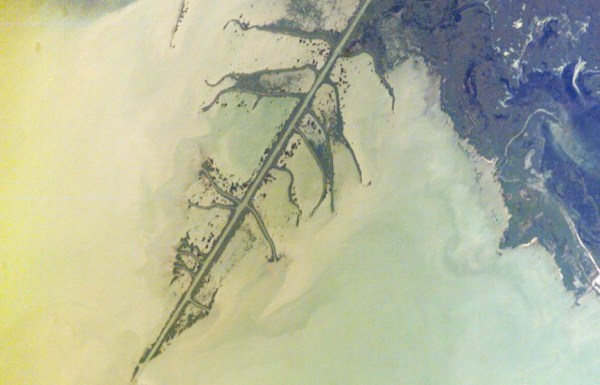 This image shows the intersection of two currents off South America’s Atlantic coast. 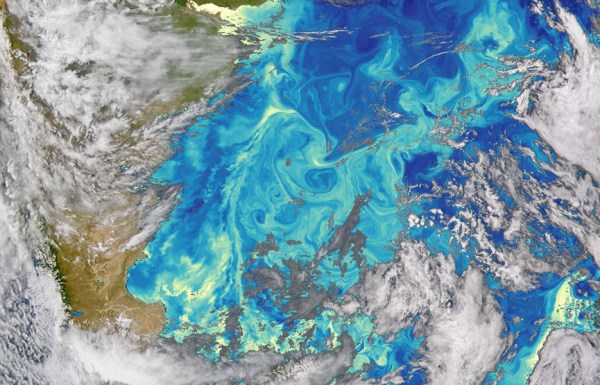 Coastal flooding from Tropical Cyclone Gafilo in Madagascar washed bright orange soil from the hillsides into the Betsiboka River. 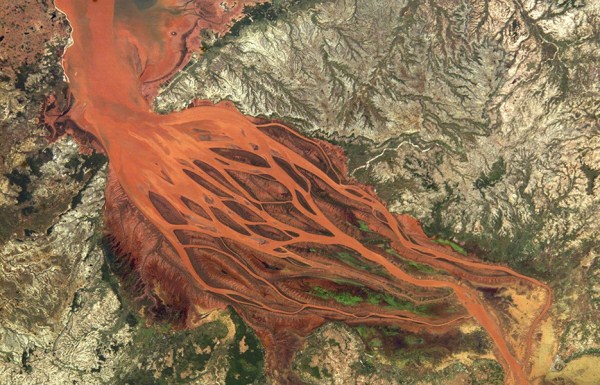 Brazil’s So Simo Reservoir looks like a watercolor painting. 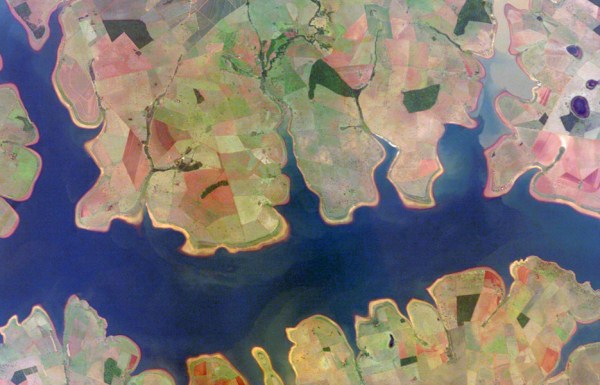 When NASA’s Aqua satellite captured this image of the Barents Sea northwest of Russia in 2009, the ocean was in the midst of a phytoplankton bloom. 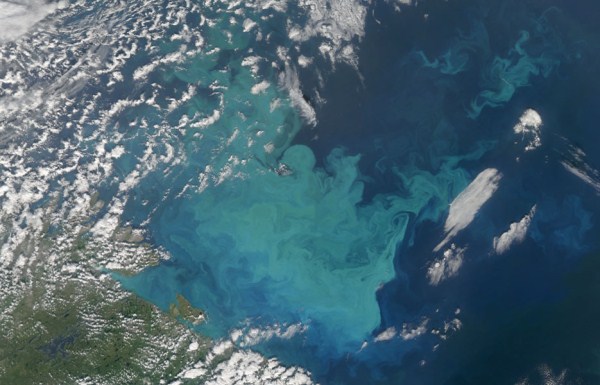 Neon green phytoplankton swirls in the waters off Gotland, a Swedish island in the Baltic Sea. 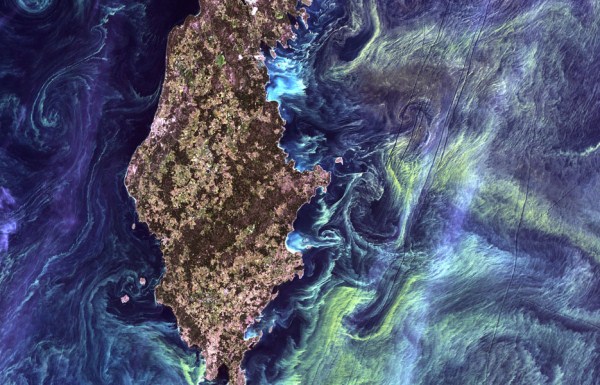 Mataiva Atoll in French Polynesia is part of the Tuamotu Archipelago, the largest chains of atolls in the world. 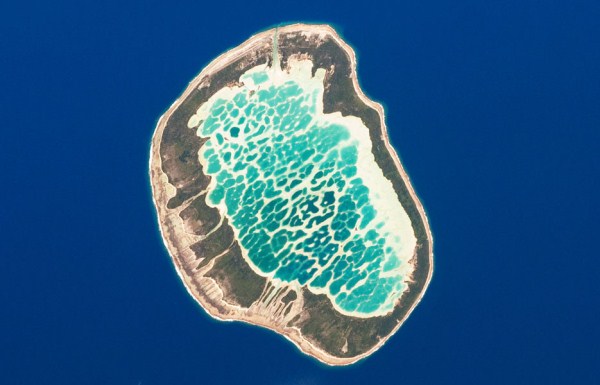 At 49 feet below sea level, Lake Eyre is the lowest point in Australia. The lake rarely fills with water it has only three times in the last 150 years. 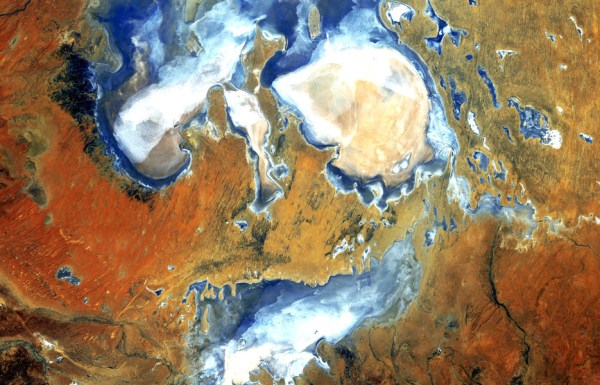 Sandy Cay and Long Island are two islands of the Bahamas located on the Great Bahama Bank. 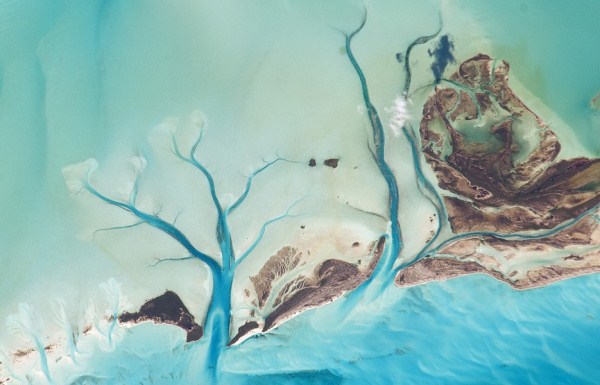 The Rio Negro in South America flows southeast from the Andes Mountains to the Atlantic Ocean. 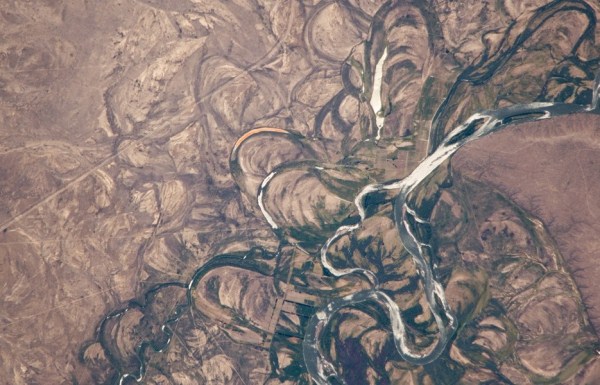 Madagascar’s Bombetoka Bay joins the Mozambique Channel and the Betsiboka River. The water is deep blue areas thick with sediment are pink. 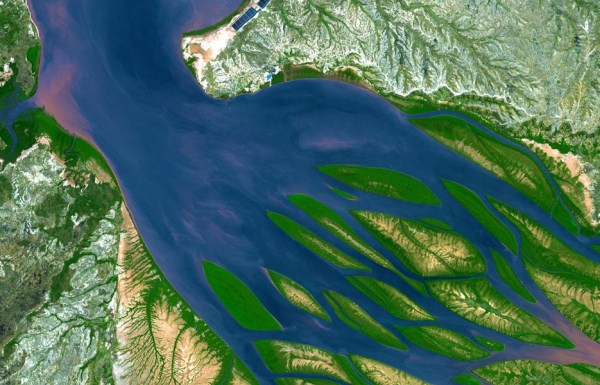 The south end of Eleuthera Island in the Bahamas was photographed by an astronaut aboard the International Space Station in 2002.

The Ross Sea in Antarctica is abloom with vibrant life in this image captured by NASA’s Aqua satellite in January 2011. 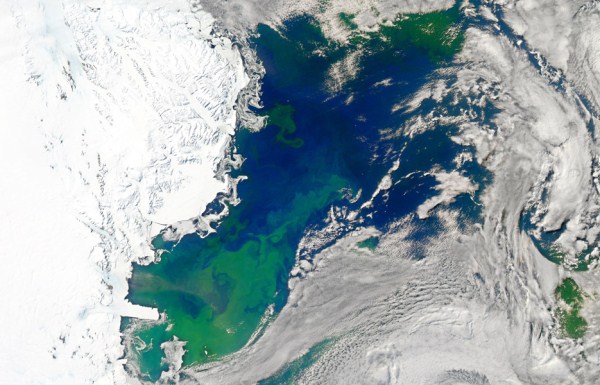 The Cocos Islands, northwest of Australia in the Indian Ocean, are composed largely of coral atolls. In this image, shallow water above the coral is aquamarine. 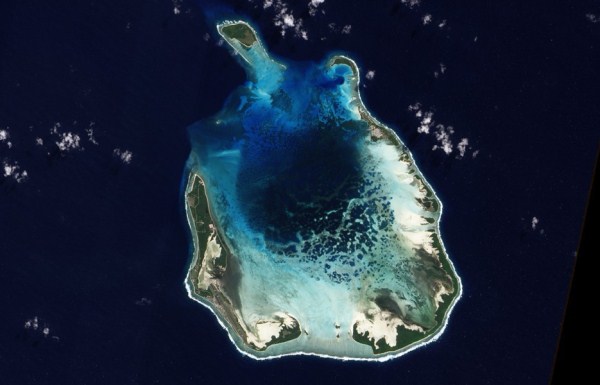 This photo of the northwestern coast of Madagascar shows two estuaries, regions where fresh river water meets salt water from the ocean. 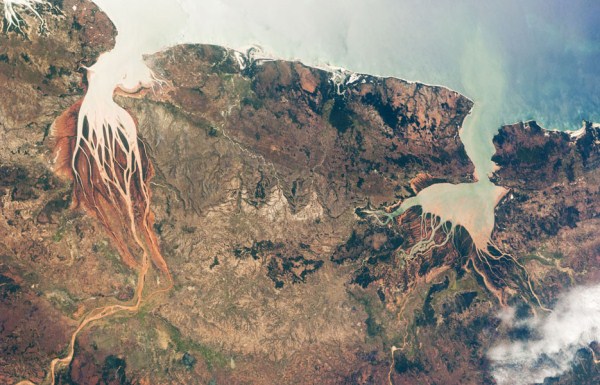 Lake Erie on the U.S.-Canada border was filled with swirling sediment and algae in March 2012, when NASA’s Terra satellite captured this image. 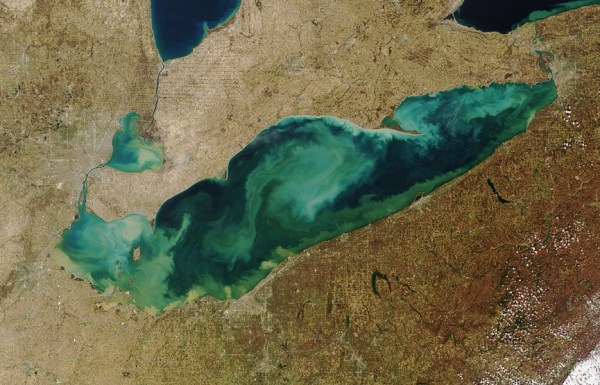 This is a photo of a salt marsh that leads into the Caspian Sea in Kazakhstan. Varying water depth and algae account for the many colors. 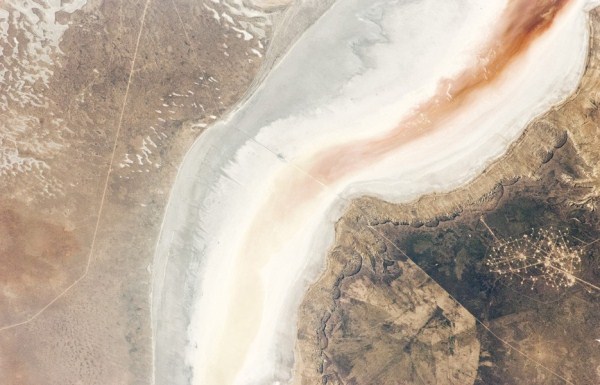 NASA’s Landsat 5 satellite captured this lush image of barrier islands along the northeast coast of Brazil.

Blooming microscopic phytoplankton create the swirling blue pattern on the surface of the Black Sea in this image from July 2012. 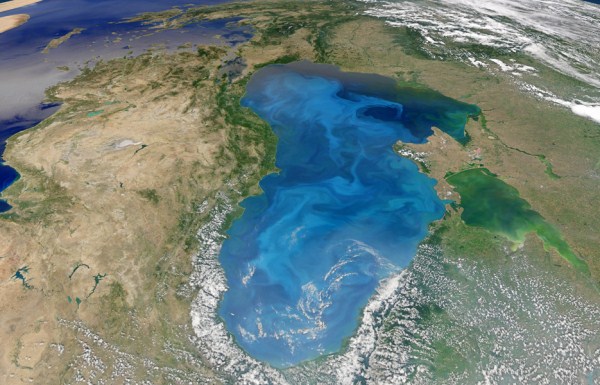 More than 90 miles of the Amazon River reflect the setting sun in this 2008 photo taken by an astronaut aboard the International Space Station. 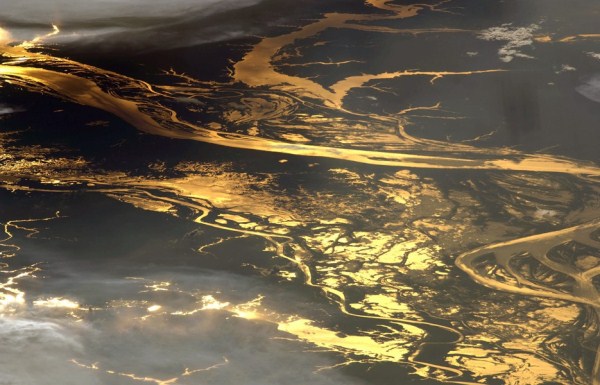 This is Canada’s Akimiski Island. It was covered by thousands of meters of ice during the last ice age. The island has since risen in elevation, and new beaches, streams and lakes have formed. 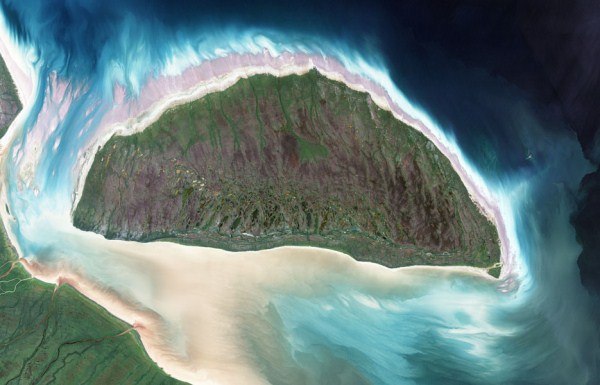