Crazy photos that have no explanation.

The falling body – As the Cooper’s move into their new home in Texas, they take a photograph of the family sitting together, but as the photo is taken, a body falls from the ceiling. The OP said he wasn’t sure if it was real, but he thought it was real creepy. 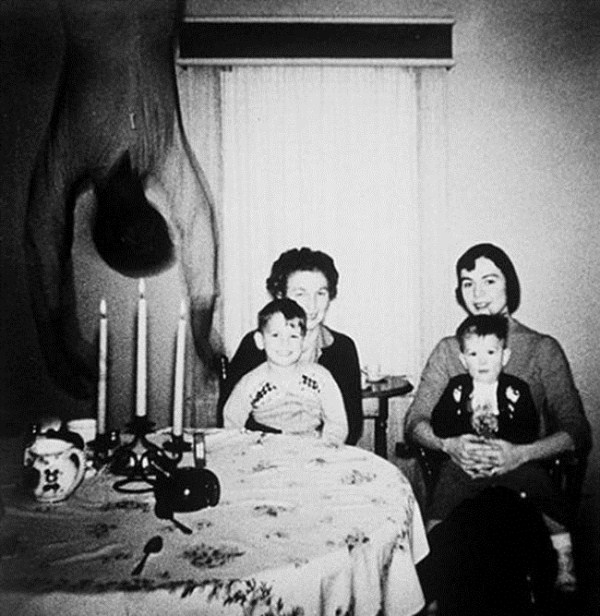 The Mysterious Hinterkaifeck Murders – In Germany, 1922, the murders of six people at the Hinterkaifeck farmstead shocked the nation. This wasnt just because of the gruesome nature of the case, but also because the case was so incredibly weird, and it remains unsolved to this day. Over 100 people were interviewed in the murder, but no one was ever arrested. No motive was ever established as to explain the murders. The previous maid had left 6 months earlier, saying the home was haunted. The new maid arrived only hours before the murders. It is believed that the perpetrators remained at the farm for several days someone had fed the cattle, and eaten food in the kitchen: the neighbours had also seen smoke from the chimney during the weekend. This photo depicts one of the victims as he lay in the house barn. 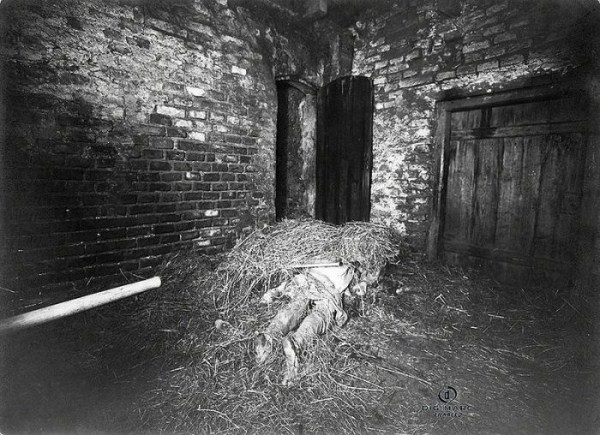 The Phoenix Lights – The Phoenix Lights were a series of widely sighted unidentified flying objects, seen by 1000s of people, observed in the skies over Arizona, Nevada in the United States, and Sonora, Mexico on Thursday, March 13, 1997.There were allegedly two distinct events involved in the incident: a triangular formation of lights seen to pass over the state, and a series of stationary lights seen in the Phoenix area. The United States Air Force identified the second group of lights as flares dropped by A-10 Warthog aircraft that were on training exercises at the Barry Goldwater Range in southwest Arizona. The lights were reported to have reappeared in 2007 and 2008, but these events were quickly attributed to respectively military flares dropped by fighter aircraft. 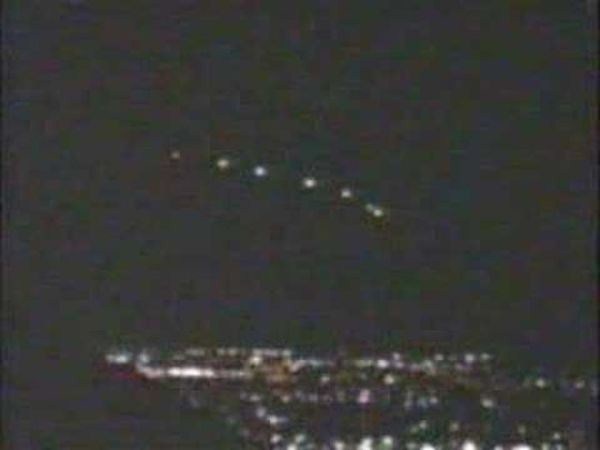 Solway Firth Astronaut – Jim Templeton was in a marsh taking photos of his young daughter and after getting them developed there appeared to have been a Spaceman in full astronaut gear standing behind her. Except there wasn’t anyone else around while they were there. Even Kodak verified that it was not tampered with. 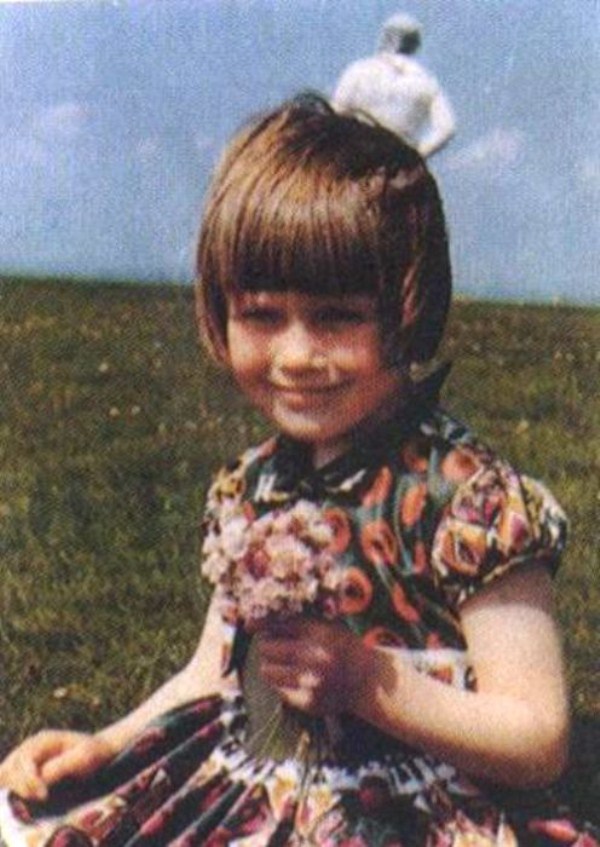 Extra thumb – A group of four kids posing for a picture, however, there appears to be a mysterious thumb next to the kid in black on the right, that does not seem to align with anyone’s body. The OP of this photo says he has no idea where the thumb could have come from. 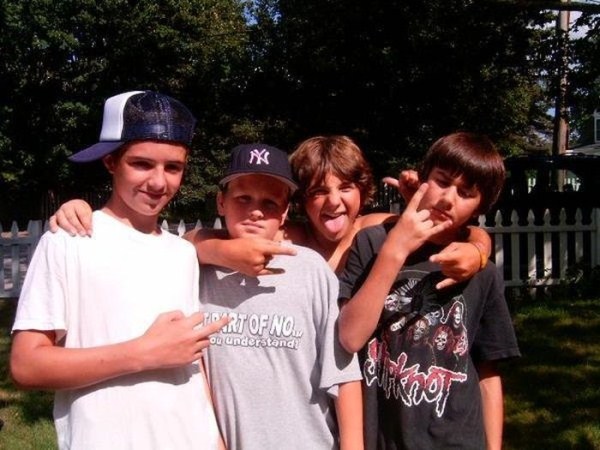 Battle of LA – A photo published in the Los Angeles Times on February 26, 1942 has been cited by modern day conspiracy theorists and UFOlogists as evidence of an extra-terrestrial visitation. They assert that the photo clearly shows searchlights focused on an alien spaceship however, the photo was heavily modified by photo retouching prior to publication, a routine practice in graphic arts of the time intended to improve contrast in black and white photos.11 Los Angeles Times writer Larry Harnish noted that the retouched photo along with faked newspaper headlines were presented as true historical material in trailers for the film Battle: Los Angeles. Harnish commented, "if the publicity campaign wanted to establish UFO research as nothing but lies and fakery, it couldn’t have done a better job." 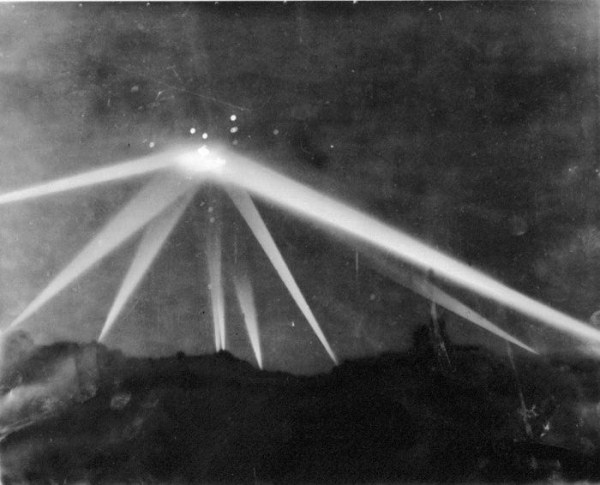 Hessdalen Light – Unusual lights have been reported here since 1940s or earlier. Especially high activity of Hessdalen lights took place from December 1981 until the summer of 1984 when lights were observed 1520 times per week. The frequency of the lights caused a gathering of numerous tourists staying there overnight to see the phenomenon.1 Since then, the activity has decreased and now the lights are observed some 1020 times per year. The Hessdalen light most often is a bright, white or yellow light of unknown origin standing or floating above the ground level. Sometimes the light can be seen for more than one hour. There are several other types of unexplained lights observed in the Hessdalen valley. 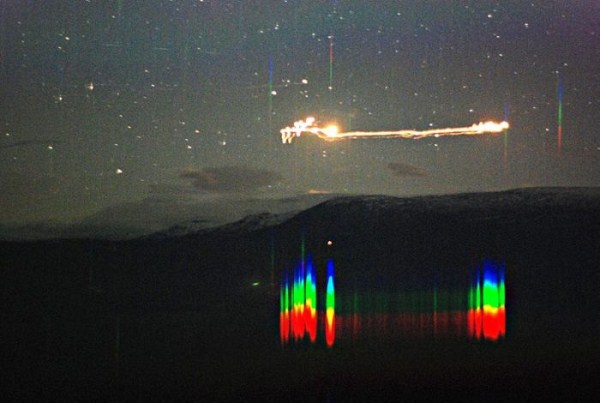 Time Traveling Hipster – People believe that this photograph, taken in 1941 at the re-opening of the South Forks Bridge in Gold Bridge, Canada, is depicting a man in seemingly modern dress and style, with a camera that is advanced well beyond its time. The circle on the left illustrates a man with a camera typical to the time-period. 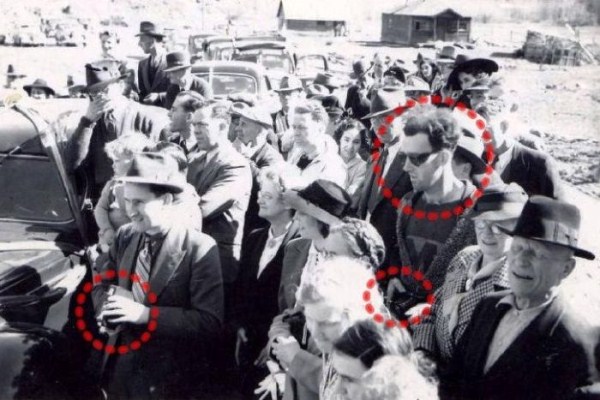 Black Knight Satellite mystery – Legend has it that in orbit around the Earth is a mysterious, dark object which dates back perhaps 13 000 years. Its origin and purpose are inscrutable, dubbed the Black Knight this elusive satellite has allegedly been beaming signals towards the Earth and inspected by NASA astronauts yet only a few on Earth officially know of its existence. The origin of the ominous name is part of the enigma it is impossible to discover who first called it this or indeed why. Humans have only in the last 60 years had the technology to launch a man-made object into space so what is the logical explanation of tales of an alien intruder on our doorstep? 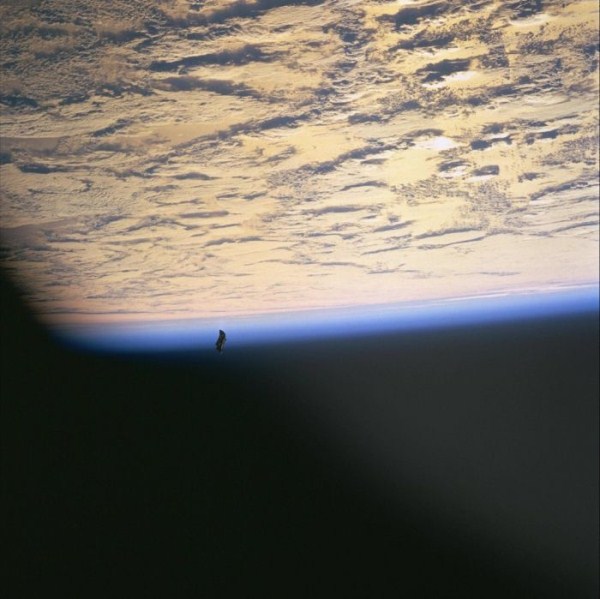 911 attack – South Tower woman – In these two photographs of the gaping hole the plane crashed into the South Tower of of the WTC on 911, you can see a woman standing on the edge of the hole waving. Her name is Edna Clinton, and the mystery many people say of these photos is that she actually was a survivor. People inquire how she was able to survive everything that happened at that location, then go on to make it out of the building. 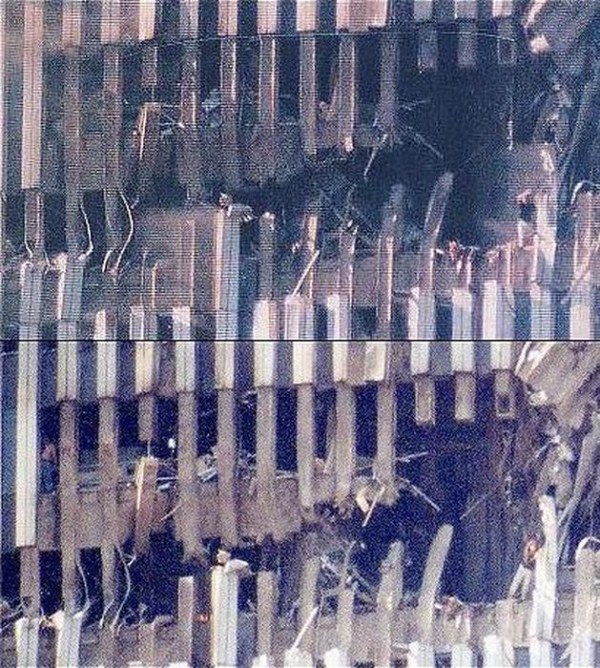 Skunk Ape – In 2000, two photographs said to be of the Skunk Ape were taken by an anonymous woman and mailed to the Sarasota County, Florida, Sheriff’s Department. The photographs were accompanied by a letter from the woman in which she claims to have photographed an ape in her backyard.3 The woman wrote that on three different nights an ape had entered her backyard to take apples left on her back porch. She was convinced the ape was an escaped orangutan. The pictures have become known to Bigfoot enthusiasts as the "skunk ape photos." 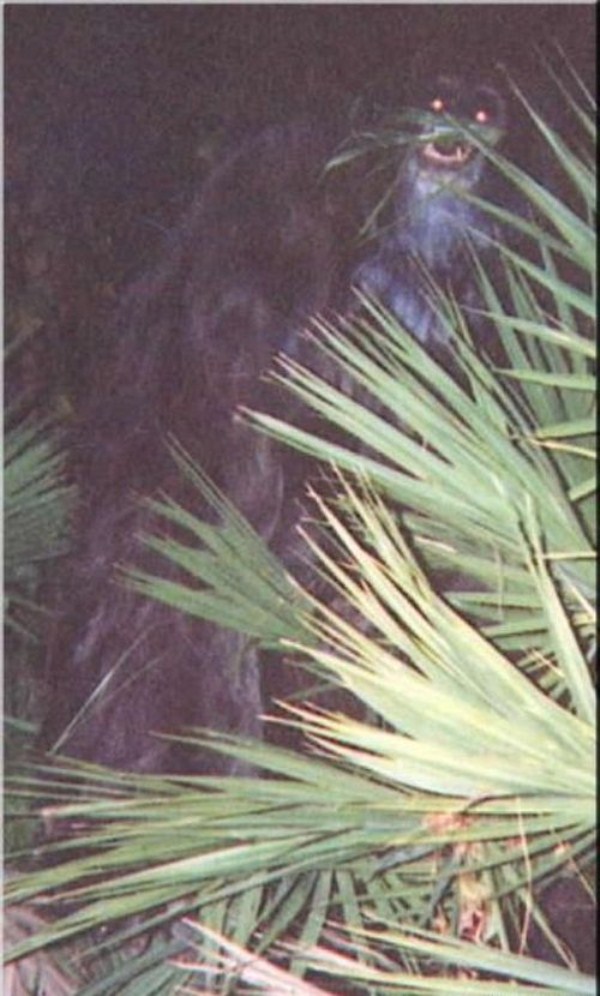 The Madonna with Saint Giovannino and a UFO – This painting is called The Madonna with Saint Giovannino. It was painted in the 15th century by Domenico Ghirlandaio 1449-1494 and hangs as part of the Loeser collection in the Palazzo Vecchio. Above Marys right shoulder is a disk shaped object. Below is a blow up of this section and a man and his dog can clearly be seen looking up at the object. 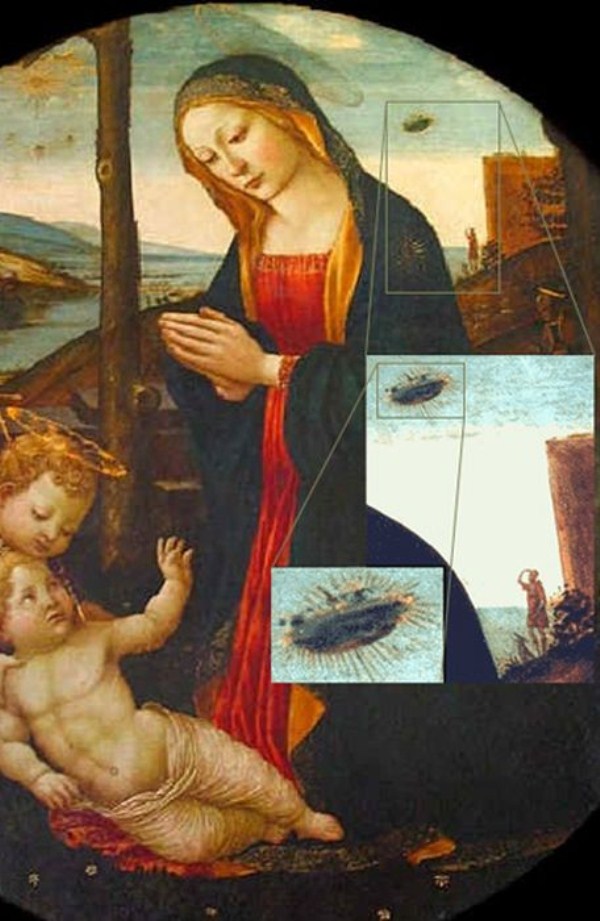 Falcon Lake Incident – The Falcon Lake Incident is a reported unidentified flying object UFO encounter near Falcon Lake, Manitoba, Canada claimed to have occurred on May 20, 1967 by Stefan Michalak. He had had taken a short vacation in Whiteshell Provincial Park to prospect veins of quartz near Falcon Lake when he spotted two cigar-shaped objects descending, one of which landed near him. Michelak says he saw a door open and heard voices from inside the object, after which he tried to make contact in English and other languages but got no response. He claims to have burned his hand while attempting to examine "colourful glass" found around the object and seen a grid-like exhaust vent that expelled gas that burned his clothing. 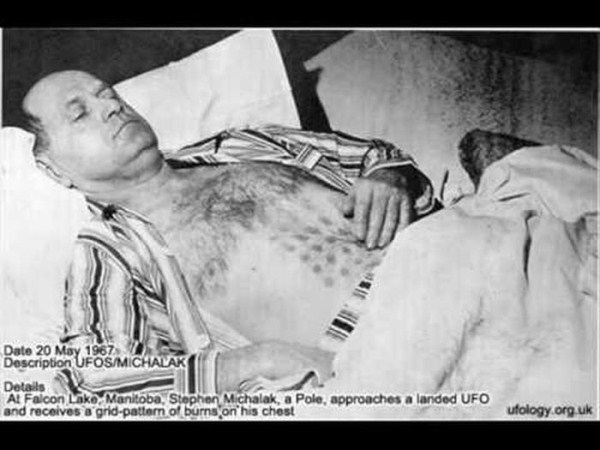 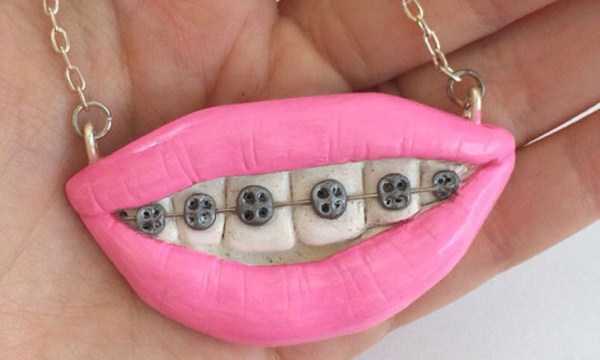 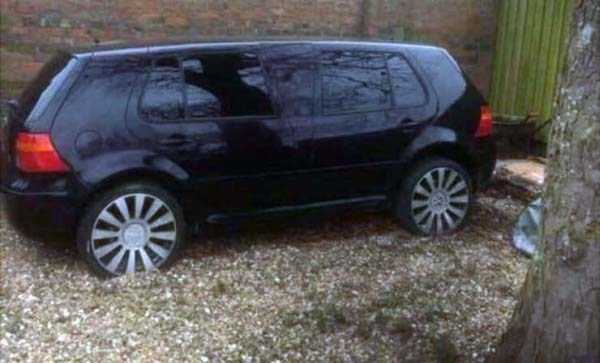 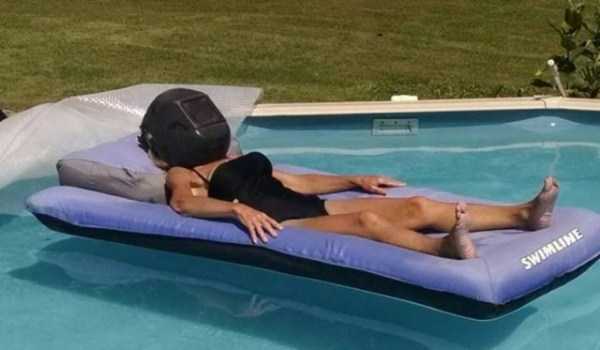 55 More WTF Photos, Because Why Not!? 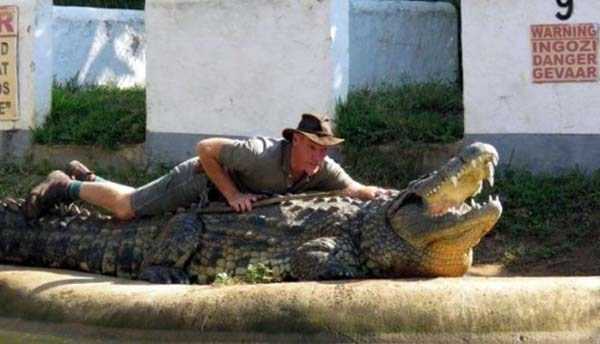